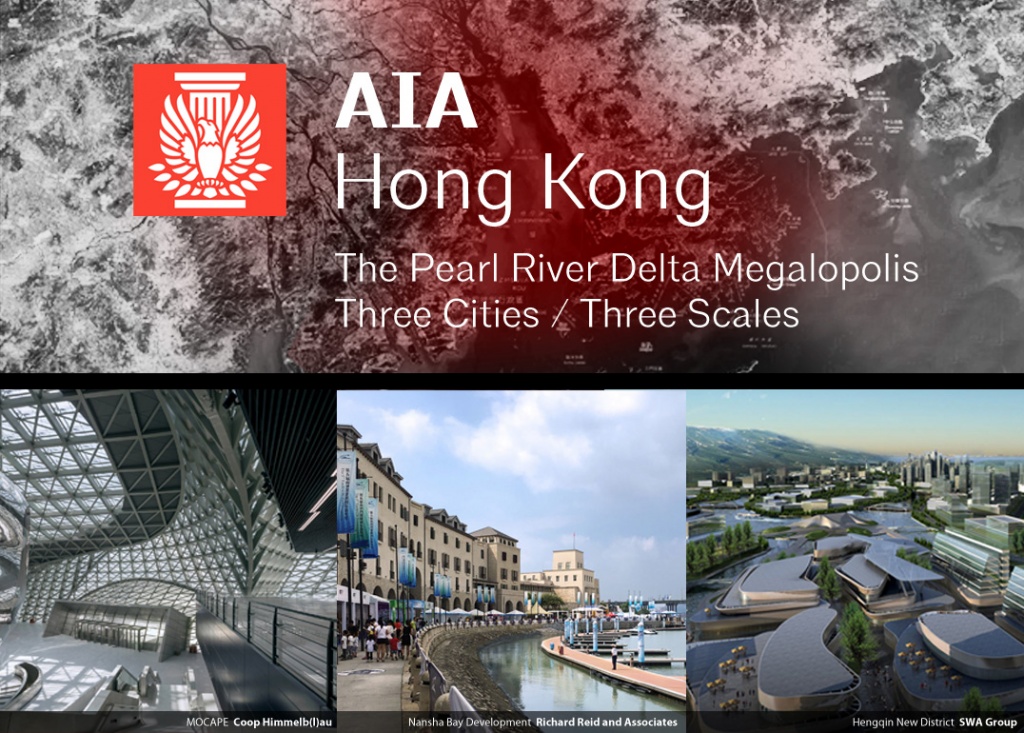 The Pearl River Delta Megalopolis, which includes Hong Kong, is the largest urban agglomeration in the world in both size and population. Continuing its role as China’s economic growth engine, the region’s environment has undergone tremendous change in recent years.  Not only has the development of extensive transportation infrastructure enhanced physical connectivity, but architects and urban designers have continued to have a profound impact on the design of buildings, neighborhoods and cities.

In order to expand on this year’s theme: AIAHK20++, the Chapter has organized a one day field trip to reinforce our role in promoting the exchange of ideas between professionals active in Hong Kong and the wider region.  With the establishment of AIA Shanghai in 2012 providing a platform in the Yangtze River Delta area, AIA Hong Kong has taken the lead in providing our members with opportunities to explore current trends at the south eastern tip of the Pearl River Delta. By examining projects in Shenzhen, Guangzhou and Zhuhai, participants in this tour will be better able to understand the potential influence Hong Kong and overseas designers can have in shaping the urban environment of this megalopolis.

Projects We Will Visit

Part of the master plan for Shenzhen’s new urban center, the Futian Cultural District, MOCAPE has established itself as a major new attraction in Shenzhen’s fast growing urban center. The project was conceived as the synergetic combination of two institutions, the Museum of Contemporary Art (MOCA) and the Planning Exhibition (PE), whose various program elements are now housed together in a monolithic body wrapped in a multifunctional façade.  The transparency of the building envelope and the interior lighting allows for views from the exterior deep into the heart of the space, thereby accentuating the shared entrance and circulation between the two museums.

The site for the new town of Nansha Bay is a former 2,500 acre quarry bounded by the Pearl River on the north-east and a range of hills, forests and mountains along the south-west.  The master plan called for a dense, compact ‘European urban village’ for living and working that would foster mixed use development, be economic to build and ecologically sustainable to maintain, and that could be developed incrementally. The first phase of the project, the Marina Quarter, is already under construction.

Hengqin New District is located in the southern part of Zhuhai City, Guangdong Province. Its geographical advantage is that it will become the only area connected to both Hong Kong and Macao by road after completion of the Hong Kong-Zhuhai-Macao Bridge, when it will be just 40 minutes’ drive from Hong Kong and separated from Macao by a river. Hengqin, designated as a national-level ‘new area’ in 2009, became part of the Guangdong Pilot Free Trade Zone in 2015. Its preferential policies and international business environment have enticed a number of enterprises from both home and abroad to set up offices here, while the high-quality residential facilities on offer have lured many talented professionals to live in the district.