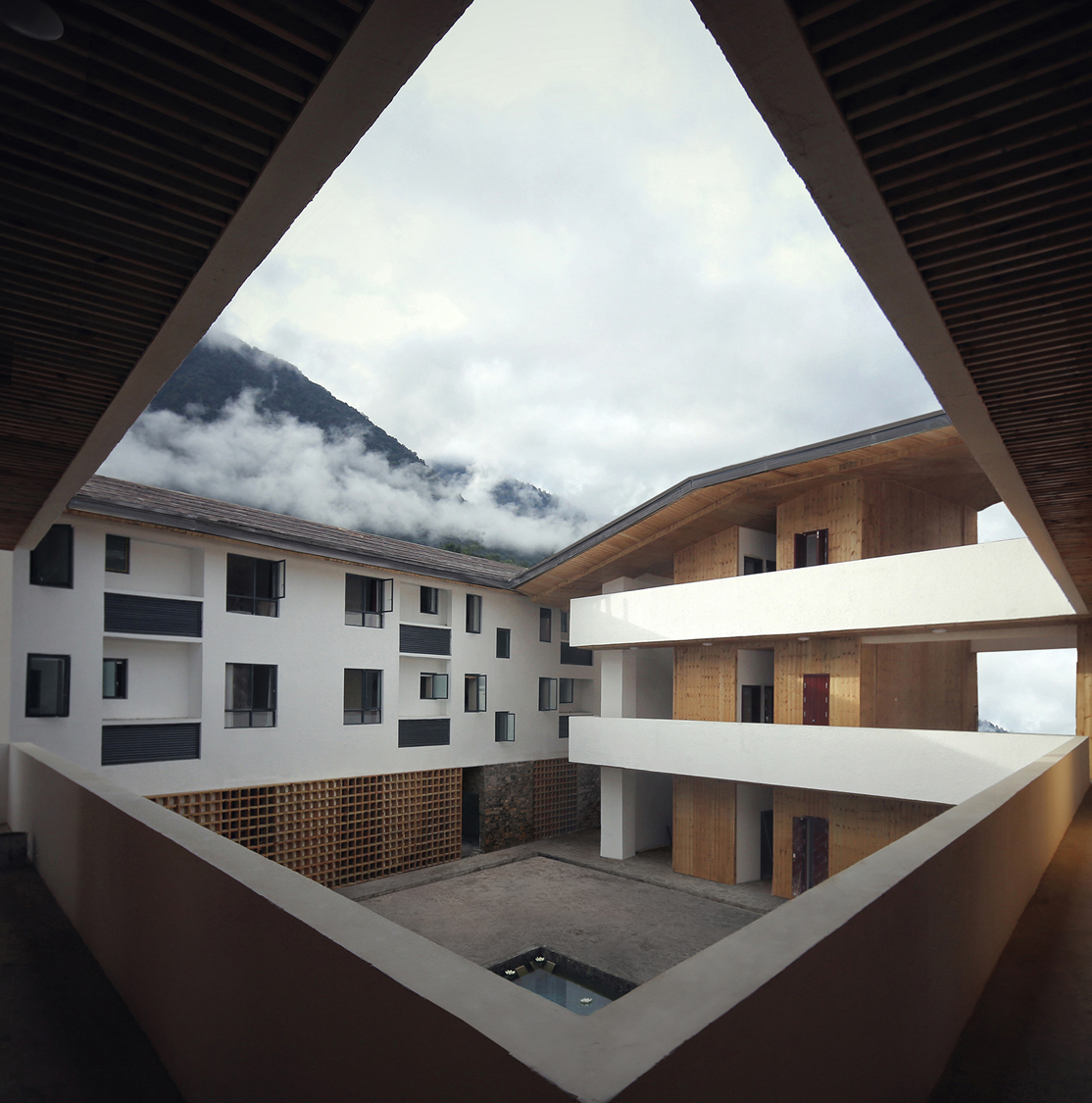 The Medog Meteorological Center (MMC) is located at the lowest point of the remote Medog County, which is the last county in China to be accessed by highway and is surrounded by mountains with stunning natural landscape. Consisting of the administrative office and staff dormitory, MMC is conceived as enclosed courtyard. It serves as a hybrid building for the local meteorological bureau according to the occupants’ daily routine.

Remote Intervention
Few problems were confronted due to the climatic condition and the hard-to-reach location. The former brought challenges to the design process and the material selection while the latter led to the isolation of the county originally, which resulted in poor accessibility to the site as well as limited local constructional skills. These problems were solved via remote intervention by using instant communication tools to monitor both electronically and graphically.

Reinterpretation of the Vernacular
The design and materiality pay tribute to local ethnic culture, blending traditional Moinba and Lhoba architecture with modern architectural elements, creating a contemporary building sensitive to local culture and tectonic tradition. Our remote intervention began with the material selection of local pinewood and prefabricated in situ to preserve the appearance of the wood to be as natural as possible.